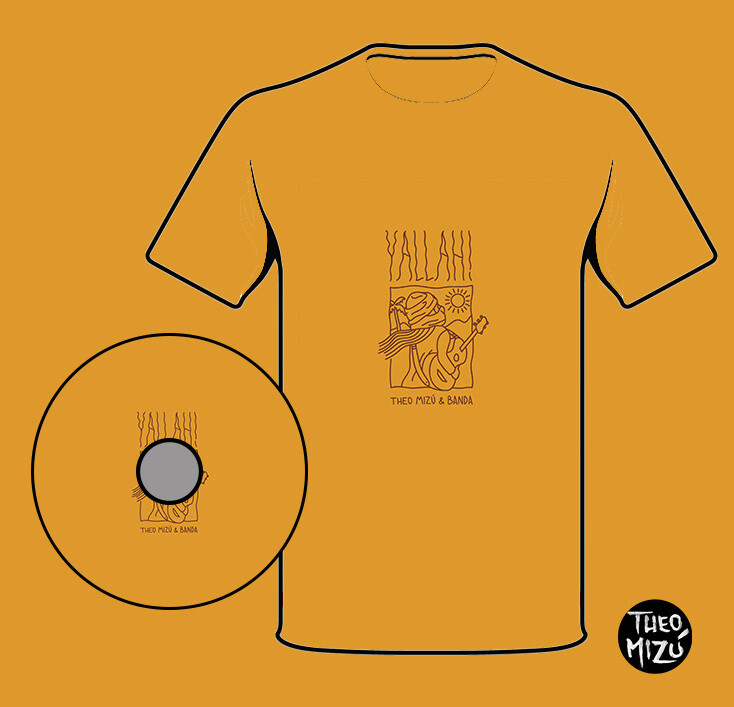 KIT CD and T-Shirt of the new single 'Yallah!' recorded with Dudu Marote and released early 2019.

Due to the crisis we won't be able to do our tour in May, but we can still ship you our merchandising!

'Yallah!' was composed by Theo back in 2014 in Malaysia, being one of Theo's oldest songs the band plays. Brings references from flamenco and middle-eastern music, with lyrics that are phonetically simple so everyone in the world can sing along.

The song has also traveled around Thailand, Germany, Netherlands and Switzerland to finally, after over four years, be recorded in Brazil.

Save this product for later